5 Holiday Movies That Are Secretly All About Recruiting 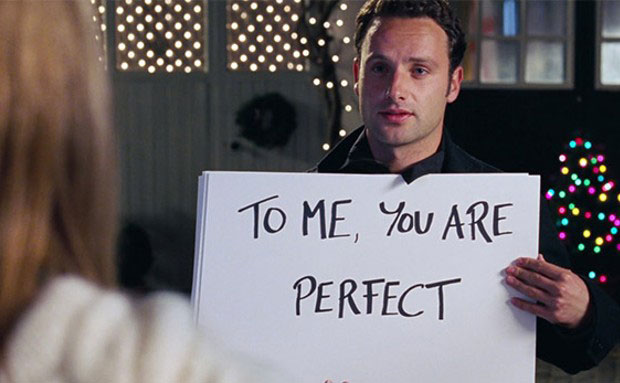 From last-minute gift hunting to wrapping up work before the office closes, the holiday season can contain as much stress and chaos as it does magic and joy. And that’s especially true if you’re a recruiter trying to meet your year-end hiring goals, keep candidates engaged, plan for next year, and more.

To keep your sanity, it’s a good idea to take some you time by kicking back with a great holiday movie. And if you’re worried about wasting time, never fear – there are plenty of lessons that every recruiter can relate to in some of your favorite holiday movies…so it’s basically the same as working.

Last year, we put together a list of recruiter-approved festive movies you can learn from and this year we are adding to that list with five more films. So grab a candy cane and cozy up with these festive—and educational—gems.

You have a lot of competition for your candidates’ attention. But when they have a dozen recruiters sending them obviously templated messages, you can stand out from the pack with some cleverly customized outreach.

When Mark shows up at Juliet’s door in Love Actually, he isn’t trying to win her over with generic Hallmark greetings. He’s taken the time to write out his message on cue cards, tailored just for her.

Sure, Mark’s competition is technically Juliet’s husband—who happens to be his best friend (yikes). But you can use this same technique for good by making great candidates feel special.

Sprinkle your templates with little details found on the candidate’s LinkedIn profile, like an achievement that impresses you or a cool hobby. Showing them that you’ve taken the time to actually look at their profile can make them more open to hearing what you have to say. It makes your outreach sound more like a conversation and less like a pushy sales pitch.

2. Elf: If you think a candidate doesn’t “fit” in with the culture, that’s not necessarily a bad thing

When it comes down to choosing between a candidate who is a seemingly perfect culture fit and one who’s a bit of a wildcard, option one might feel like the safe choice.

But as Buddy the Elf proves, it isn’t always that simple. Sometimes candidates who don’t seem like they’ll fit in at first prove to be a company’s top performers, precisely because they bring something new to the table.

When Buddy first walks through the doors of the New York publishing company where his father works, he sticks out like a sore thumb.

Even after his dad finds him a more work-appropriate wardrobe, he doesn’t seem like a great fit for the stiff corporate culture. He doesn’t even like coffee.

But after Buddy is reassigned to the mailroom, his hidden strengths start to become apparent. He’s creative—and great at rallying a room.

Ultimately, Buddy’s boss realizes he’s a huge asset to the company, and Buddy goes on to write a critically acclaimed children’s book. His brings a perspective that none of the other writers have; his childlike wonder makes him an expert in tapping into the mindset of kids.

If Buddy had been rejected because of poor culture fit, the company would have missed out big time. Luckily, they eventually see him for what he is—a culture add: someone who brings new skills and viewpoints. Rather than being another identical cog in the machine, Buddy helps shape and improve the culture around him, making him an incredibly valuable hire.

3. A Christmas Carol: It’s never too late to turn a toxic culture around

Whether it’s actively driving top performers out or dragging your employer brand down, a toxic culture is a recruiting and retention nightmare. But there’s always hope.

A Christmas Carol is a heartwarming example of how a toxic culture can be turned around. Ebenezer Scrooge’s miserly management style is making his employees miserable. They’re overworked and underpaid—Scrooge even begrudges giving them Christmas day off!

It takes some ghostly visitations to show Scrooge how much his actions are impacting the lives of his employees, like Bob Cratchit and his family. Horrified, Scrooge gets his act together and focuses on creating a more positive working environment. He starts by giving Cratchit a raise and showing him his hard work hasn’t gone unnoticed.

With his new values of compassion and generosity defined, Scrooge lives them every day, both at and outside of work.

You probably won’t have ghosts to guide you, but if your in a company that’s culture is needs some major work, like Scrooges, there are steps you can take to rebuild it. Start by defining the values you want to be known for and show employees they’re valued. If you do that, you’re off to a great start.

4. The Nightmare Before Christmas: Giving employees a chance to explore other roles at the company can reduce turnover

Even top performers can get tired of what they do. If they feel like they’re going through the motions, they might start hunting for a change of pace.

Take Jack Skellington in The Nightmare Before Christmas. He excels in his job as the “Pumpkin King” of Halloween Town, but he’s tired of the same old routine year after year. Unfortunately, he doesn’t think his co-workers will understand.

Jack starts looking for new opportunities and discovers his interest in another “company”—Christmas Town. They’re doing things he’s never even imagined before. Intrigued, he swaps his Pumpkin King crown for Santa’s hat.

While Jack ultimately returns to Halloween Town, most companies aren’t so lucky when they lose a great employee.

Offering the opportunity to try something different or learn new skills at the company can be the key to keeping employees engaged—and reducing turnover. Companies like Hershey’s and Hootsuite use strategic lateral moves regularly to avoid losing their Pumpkin Kings and Queens to their Christmas Town competitors.

5. Arthur Christmas: While technology can make your job easier, it can’t replace the human touch

Whether you dream about finding the latest gadget under the tree or are a technophobe at heart, there’s no denying that technology is rapidly transforming recruiting. But while it will make your job easier, it will never be a substitute for a recruiter’s most valuable asset—the human touch.

That’s what the Claus family discovers in 2011’s Arthur Christmas. Santa’s oldest son Steven is focused on using tech to improve efficiency at the North Pole. But he’s so data-oriented that when he discovers one child didn’t get a gift, he believes the error rate is so low it doesn’t matter.

His brother Arthur doesn’t see it that way. He’s committed to providing a great experience for every child, even going so far as to hand write the letters from Santa. He personally delivers the missed gift, ensuring the child in question doesn’t feel ignored on Christmas morning.

Technology and automation are handy for speeding up the time-consumingly manual parts of your job. But to provide a meaningful candidate experience, you can’t neglect the human touch, like paying attention to a candidate’s soft skills during the in-person interview or telling them a compelling story about the company and its mission.

These thoughtful human moments let candidates know they’re more than just a data point to you—and strengthen their relationship with the company.

Holiday movies all tend to have one thing in common: a happy ending. And that’s the goal of recruiting, too. As 2018 draws to a close, take a well-earned night off with a cozy film—then get ready to change more lives next year.