Every salesperson knows who the famous salespeople from the movies are.  Jordan Belfort, Gordon Gekko, Ricky Roma, the list goes on. But have you ever seen a movie character in a non-sales movie that you thought would make a great salesperson?

We have, and decided to put together a list. Here are the movie characters who would definitely make the best salespeople in real life.

The son of Godfather Vito Corleone, Michael has a temperament that would suit him well in sales. He is a calm listener and thinks strategically before making any decisions. He also knows how to make an offer that you can’t refuse.

Han is the quintessential road warrior, traveling across the galaxy and figuring out ways to make deals along the way. While he has a renegade spirit that might cause problems with management, as long as you leave him alone, he’ll make sure the quota is met.

Morpheus convinced Neo to take the Red Pill and unplug from the Matrix, so he can definitely convince people to buy his products. Another great listener, Morpheus explains things clearly and eloquently, painting a vivid picture while being patient with all of his prospects.

Tony is a showman like no other, and can wow prospects during B2B sales presentations. Any objection you have will get shot down in a matter of seconds, and as a high-tech pro, Tony will use cutting-edge technology like Spiro to crush his competition. Like Solo, Tony is probably difficult to manage, but he more than makes up for it in the high-volume deals he’s able to bring in.

5. Jack Sparrow (Pirates of the Caribbean)

When he’s not drunk, Sparrow is a persuasive person indeed. His outgoing personality and charm will help him build rapport with prospects who aren’t turned off by his personality. Sparrow isn’t for everyone, but he’s charming enough to exceed his quota every month, assuming he can stay sober.

Erin is relentless in her pursuit of truth and justice and would make an incredible sales rep if she was willing to go that route. She doesn’t take no for an answer, doesn’t take anyone’s crap, and knows how to get her way. She’s also great at building personal connections with people that other, more elitist people can’t seem to do.

Perhaps William Wallace would be better suited to be a sales manager instead of a salesperson, but his ability to inspire people to literally run to their deaths is a valuable skill in sales. Sales involves transferring your enthusiasm to the buyer, and there are few people better than Wallace at doing that.

8. Randy “The Ram” Robinson (The Wrestler)

Washed-up former professional wrestler Randy The Ram would make a fantastic salesperson because he’s just so damn likable. It’s hard to say no to someone when they’re such a pleasure to be around. Even when he’s working in the deli department of a supermarket, Randy gets his customers excited to see him.

Elle gets dumped because she’s not smart enough and then proceeds to get into Harvard Law, not only graduating with honors but sitting a chair on one of the most important cases and winning it for her client. Her relentlessness and pursuit of her goals at all costs are what would make her an incredible salesperson. You could just see her shrugging off every rejection and carrying on undeterred.

Mystique might have some identity issues, but her ability to shape-shift would make her an indispensable sales rep. Being able to custom tailor not only your pitch, but your appearance to your buyer would be a great sales skill to have. In Mystique’s case, she would just need to focus on closing the deal instead of beating the prospect up.

And the movie character who wouldn’t be very good at sales is…………..

You’re probably thinking, “How could that be? He made millions!” Well, he might have made millions running an elicit drug empire, but he would never be able to hack it in sales. He’s a terrible listener, he lets his emotions get the best of him constantly, acting impulsively instead of seeing the other person’s side, and he’s just not very friendly.

A company CEO, maybe…but a salesperson, no way. 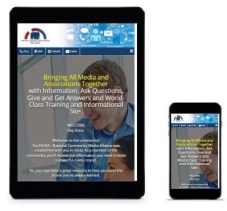 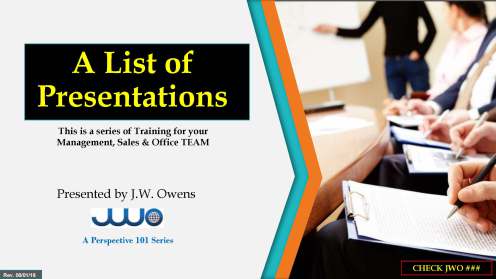