Your value to your team can’t be understated—and everyone knows it. But sometimes you’re so focused on the task at hand that it leads you to snap at one of your colleagues. And rather than inspiring everyone to make that final push to the finish line, it brings the group’s process to a screeching halt.

Of course, you’re probably smart enough to know that you need to fix the situation. But a half-hearted apology probably won’t cut it after you lash out. Instead, here are a few painful (but necessary) steps to repair the relationship.

1. Take a Minute to Vent

I’ve lost count of the number of times I’ve suggested venting after you’ve addressed a few other things. It’s usually the type of activity that’s best to save until after you’ve given yourself a few minutes to digest what’s just happened.

But, in the immediate aftermath of yelling at one of your colleagues, I’ve found that it’s a much better idea to get it all out before you approach that person again.

Think of this as that email you write to a person who’s driving you nuts and making your life miserable. As you probably know if you’ve done that, once you see it all in writing, you realize it’s kind of mean and end up leaving it in your draft folder.

Take a few moments to write a letter to your colleague (but make sure you’re writing it in a place that’ll never be seen). When you see everything spelled out, you’ll likely realize that many of those things don’t need to be repeated—and that perhaps you overreacted.

And because now have that clarity, you’ll have a much easier time taking the next steps.

2. Own the Mistakes You Made

Even though you’re convinced that you’re right more often than not, it’s important to think deeply about how you might’ve contributed to what just went down. After all, even if your colleague escalated the situation, it usually takes two to tango.

So, before you talk to that person again, jot down two or three possible ways that you made the situation more heated—and then set up a meeting with that person so you can acknowledge those things.

It’s never fun to admit your mistakes, especially when you know that you were just trying to move a project forward. However, saying that you’re sorry (and really meaning it) shows everyone on your team that you have some serious leadership potential.

You’ll be surprised by how productive a conversation can be when you’re the first to say you’re sorry.

3. Let Your Teammate Tell You How They Feel—and Actually Listen

After you let your teammate know how you feel you let them down, quickly pivot and stop talking. Even the most sincere apology can fall flat if you’re dominating the conversation. It can make the other person feel as if you’re trying to end the meeting on your terms, without much of a care about how the experience was for them.

Yes, it’s noble that you’ve taken the step to say, “Sorry for that terrible thing I did to you.” But that apology will resonate so much more if you also shut your mouth and listen to that other person tell you how your harsh words made them feel.

You might not leave as best friends, but you’ll both have a better understanding of what you were trying to achieve when you snapped.

It would be so much easier if you went about your life and pretended that you never yelled at your teammate. But even as time passes, people don’t forget the times you were difficult to work with, especially if you didn’t clear the air afterward. You might be in for some uncomfortable conversations, but ultimately, you’ll learn a lot about yourself in the process—and you’ll gain valuable experience in managing the tricky landscape of working closely with other people. 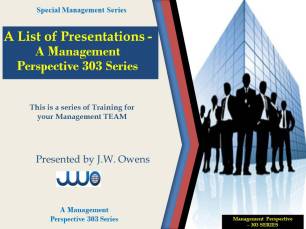