How to Give and Receive Feedback at Work: The Psychology of Criticism 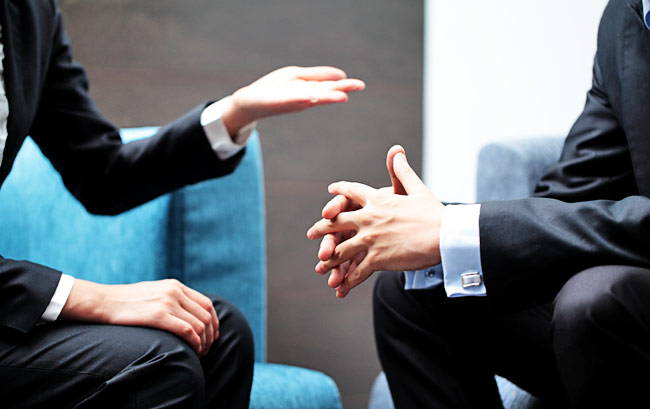 No matter what we do or how well we do it, some criticism is eventually going to come our way.

And those moments are often some of the toughest we all face in work and life. Hearing potentially negative things about yourself is probably not your favorite activity, and most of us would rather avoid the awkwardness that comes with telling someone else how they could improve.

But what do we lose out on when we avoid these tough conversations? One of the fundamental skills of life is being able to give and receive advice, feedback and even criticism.

If given and received in the right spirit, could sharing feedback—even critical feedback—become a different, better experience than the painful one we’re accustomed to? Could feedback become a valued opportunity and even a bonding, positive experience?

What happens in our brains when we receive criticism

It’s hard for us to feel like we’re wrong, and it’s even harder for us to hear that from others. As it turns out, there’s a psychological basis for both of these elements.

Our brains view criticism as a threat to our survival

Because our brains are protective of us, neuroscientists say they go out of their way to make sure we always feel like we’re in the right—even when we’re not.

And when we receive criticism, our brain tries to protect us from the threat it perceives to our place in the social order of things.

“Threats to our standing in the eyes of others are remarkably potent biologically, almost as those to our very survival,” says psychologist Daniel Goleman.

So when we look at Maslow’s famous hierarchy of needs, we might suppose that criticism is pretty high up on the pyramid—perhaps in the self-esteem or self-actualization quadrants. But because our brains see criticism as such a primal threat, it’s actually much lower on the pyramid, in the belonging or safety spectrums.

Criticism can feel like an actual threat to our survival—no wonder it’s so tough for us to hear and offer.

We remember criticism strongly but inaccurately

Another unique thing about criticism is that we often don’t remember it quite clearly.

Charles Jacobs, author of Management Rewired: Why Feedback Doesn’t Work, says that when we hear information that conflicts with our self-image, our instinct is to first change the information, rather than ourselves.

Kathryn Schulz, the author of Being Wrong, explains that that’s because “we don’t experience, remember, track, or retain mistakes as a feature of our inner landscape,” so wrongness “always seems to come at us from left field.”

But although criticism is more likely to remember incorrectly, we don’t often forget it.

It’s called a negativity bias. Our brains have evolved separate, more sensitive brain circuits to handle negative information and events, and they process the bad stuff more thoroughly than positive things. That means receiving criticism will always have a greater impact than receiving praise.

How to offer criticism the best way possible

So now that we know what a delicate enterprise criticism can be, how can we go about offering it up in the right spirit to get the best results? Here are some tips and strategies.

Reflect on your purpose

The most important step is to make sure that your potential feedback is coming from the right place. Here’s a list of some of the main motivating factors behind offering up feedback.

“When we have difficult feedback to give, we enter the discussion uneasily, and this pushes us to the side of fear and judgment, where we believe we know what is wrong with the other person and how we can fix him,” writes Frederic Laloux in his book Reinventing Organizations. “If we are mindful, we can come to such discussions from a place of care. When we do, we can enter into beautiful moments of inquiry, where we have no easy answers but can help the colleague assess himself more truthfully.”

Focus on the behavior, not the person

After entering the conversation with the best intentions, a next guideline is to separate behavior or actions from the person you’re speaking to.

Focusing the criticism on just the situation you want to address—on what someone does or says, rather than the individual themselves—separates the problematic situation from the person’s identity, allowing them to focus on what you’re saying without feeling personally confronted.

Starting off your feedback with a few questions can help the other person feel like an equal part in the conversation as you discuss the challenge together.

Neal Ashkanasy, a professor of management at the University of Queensland in Australia, shared with Psychology Today the story of overcoming a tough feedback challenge—firing an assistant—with questions:

Ashkanasy began by asking her how she thought she was doing. That lead-in gives the recipient “joint ownership” of the conversation, he says. Ashkanasy also pointed to other jobs that would better match the skills of his soon-to-be-ex employee. That promise of belonging helped relieve her anxiety about being cast out of the group she already knew.

One well-known strategy for feedback is the “criticism sandwich,” popularized by the above quote from cosmetics maven Mary Kay Ash. In the sandwich, you begin with praise, address the problem, and follow up with more praise.

In fact, the more of the conversation you can frame positively, the more likely your recipient is to be in the right frame of mind to make the change you’re looking for.

The blog Zen Habits offers up some phrases to try to inject more positivity into your feedback, like: “I’d love it if …” or “I think you’d do a great job with …” or “One thing that could make this even better is …”

In his exploration of the next phase of working together, Reinventing Organizations, Frederic Laloux explores some of the world’s most highly evolved workplaces. One of the cultural elements common to all of them is the ability to treat feedback as a gift rather than a curse.

As Laloux puts it, “feedback and respectful confrontation are gifts we share to help one another grow.”

Many of these organizations use the Rosenberg Nonviolent Communication method, pictured here, to deliver feedback.

This method provides a simple and predictable framework that takes some of the volatility out of giving and receiving feedback.

The best way to prepare for and receive criticism

So now we know some strategies for offering feedback with an open heart and mind. How about receiving it?

The best strategy for being caught off guard by negative feedback? Make sure you invite feedback often, especially from those you trust. You’ll be better able to see any challenges ahead of time, and you’ll gain experience in responding positively to feedback.

You can begin by preparing some open-ended questions for those who know you well and can speak with confidence about your work. Here are some great example questions:

Ask for time to reflect on what you’ve heard, one element at a time

When receiving feedback, it might be tempting to become defensive or “explain away” the criticism. Instead, let the other person finish completely and try to listen deeply. Then ask questions and reflect thoughtfully on what you’ve heard.

Stanford Professor Nass says that most people can take in only one critical comment at a time.

“I have stopped people and told them, ‘Let me think about this.’ I’m willing to hear more criticism but not all at one time.”

So if you need some time to reflect on multiple points of feedback, don’t be afraid to say so.

While some of us have a hard time hearing negative feedback, there are those who thrive on it. This group has what’s known as a growth mindset. They focus on their ability to change and grow—as opposed to those with a fixed mindset—and are able to see feedback as an opportunity for improvement.

You can learn more about how to develop a growth mindset here.

Take credit for your mistakes and grow

It’s easy to take credit for our successes, but failure is something we don’t like to admit to. For example, we’re more likely to blame failure on external factors than our own shortcomings.

But lately, the idea of embracing failure has emerged, and it’s a great mindset for making the most of feedback.

“Continual experimentation is the new normal,” says business psychologist Karissa Thacker. “With risk comes failure. You cannot elevate the level of risk-taking without helping people make sense of failure, and to some extent, feel safe with failure.”

Take a page from the “embracing failure” movement and treasure the opportunities you’re given to improve and grow.

How we give and receive feedback at Buffer

As with many of the things we do at Buffer, the way we give and receive feedback is a continuous work in progress as we experiment, learn and grow.

Previously, the feedback process was more or less formalized in a process we call the mastermind. Each team member would meet with a team leader every two weeks in a format with the following structure:

This process had a few really good things going for it: Feedback was a regular, scheduled part of our discussions, which removed a lot of the fear that can surround it; and feedback always went both ways, which made it feel like a sharing process between two equals.

These days, masterminds happen weekly between peers and we’ve moved away from the formalized feedback section altogether as we strive for a more holacratic, less top-down way of working together.

But feedback is still an important part of the Buffer journey, and it is offered and received freely by any of us at any time it is applicable.

Since feedback often can be sensitive and personal, it tends to be one of the only elements we exempt from our policy of radical transparency. It most often takes the form of one-on-one Hipchat messages, emails or Sqwiggle conversations.

Our values guide the feedback process

Buffer’s 10 core values are our guide to offering and receiving feedback with joy instead of anxiety.

Looking at our value of positivity through a lens of feedback, I see lots of great instruction on offering constructive criticism, including focusing on the situation instead of the person and offering as much appreciation as feedback.

Since we each take on this goal of positivity, it’s very easy to assume the best of the person offering their feedback to you and that their intent is positive.

Additionally, our value of gratitude means that we each focus on being thankful for the feedback as an opportunity to improve in a particular area.

Finally, our value of self-improvement means we have a framework for taking feedback and acting on it in a way that moves us forward.

Although feedback isn’t generally made public to the whole team, it’s not uncommon for team members to share feedback they’ve received and the changes they’re making as a result in pair calls or masterminds.