5 Ways You’re Killing Your Deals Without Realizing It 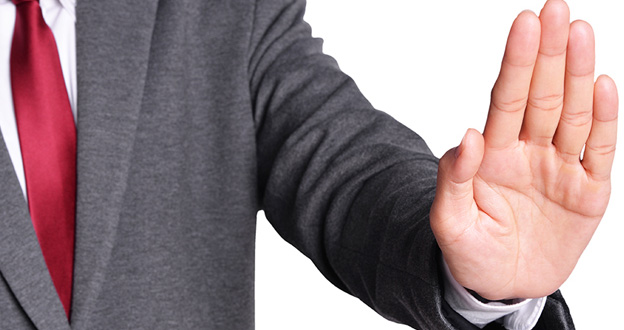 Imagine if you could close a deal based on every presentation. Wouldn’t that be great? Unfortunately, not even the best salesperson can close 100% of the time. That being said, many salespeople are letting potential deals pass them by without realizing it, allowing prospects that should have become customer spend their money elsewhere.

Salespeople lose deals for reasons that are typically easy to identify, including price, features, or timing. But there are other reasons that are difficult to pin down, and therefore much harder to correct. Here’s a list of some ways you could be inadvertently killing your own deals without realizing it:

Brian Tracy often says “sales is the transfer of enthusiasm” from the seller to the buyer. If you remember when you first started selling, you were probably a bit nervous but you were equally enthusiastic. Everything was new and the possibilities seemed endless, right? But as time went on, things got more routine and obstacles got in the way, causing your enthusiasm to fade. Your lack of enthusiasm shines through in your interactions with prospects and could be killing your deals. Get yourself pumped up before every call and try to remember what it felt like when you were first starting out. If you can recreate that magic, you’ll see it in your results.

Similar to enthusiasm, try to recall how excited you were to speak with a prospect when you first started selling. You hadn’t developed the preconceived notions and biases that salespeople often develop over time. You treated every prospect as if they were your next deal. This is another way you probably cost yourself new business. Each prospect that comes in the door has the potential to be a closed deal, even if they’re similar to prospects that haven’t worked out in the past. Following a qualification process important, but make sure you don’t automatically disqualify someone prematurely.

3. Not listening for what prospects really want

Everyone knows that listening is one of the most important skills for a salesperson to have. The reason why is two-fold. First, it makes the prospect feel important to be heard. Second, it gives you a chance to find out what the prospect really wants and then sell based on that. This is the critical part: it’s not about what you want, what your sales manager wants, or what your company owner wants. It’s only about how you’re going to provide your prospects with what they want. Not listening is equivalent to killing your deals. If you switch to thinking in these terms, you’ll become unstoppable.

4. Trying to be someone else

Authenticity sells, yet many salespeople try to be someone they’re not. Of course, you can’t act the same way in front of prospects as you do when out with your friends on a Friday night. But you need to be you, and not some contrived version of who you think the prospect would like. Oftentimes, we try to imitate a salesperson who is wildly successful. In reality, you should choose methods and behaviors that work and put your own spin on them. Do this instead of trying to pretend that you’re someone you’re no because prospects will sense when someone’s being authentic.

Legendary businesswoman Mary Kay Ash once said, “Everyone has an invisible sign hanging from their neck saying, ‘Make me feel important.’ Never forget this message when working with people.” Most of us, however, do forget this, because our attention is constantly getting pulled in 20 directions. Salespeople who learn how to focus completely and wholeheartedly on their prospects will always do better than those who don’t. Learn how to tune out everything else and focus on what the person in front of you is saying. If you can master this rapidly disappearing skill, you’ll stop yourself from killing your deals unintentionally.