Surviving Your First Coffee With a New Team Member

I was sitting in a coffee shop in Denver this week and could not help overhearing what appeared to be a “get to know you” coffee between a new manager/team member. The manager is clearly using the “Let’s grab some coffee” approach to lower the guard of their new team member.

Repeatedly, I heard the manager state how amazing a job the other was doing within the company, and they were excited to have them transitioning to their team.

The new team member was explaining that they had built this project from the ground up and felt it was their “baby”. While they never said it, it was clear that the new team member did not wish to be “managed”.

Clearly, this first coffee was a bit tense.

The manager was saying, “TRUST ME!” and the new team member, “ASSURE ME!”

The conversation ended with two “ok’s”. Back to the office, my guess no closer to a team than before leaving for coffee.

Moving teams are hard for a manager and new team members. A manager’s ability to connect with their new team will lead to instant success or instant friction.

As org charts change, here are the 3 messages I try to convey to anyone joining my team.

MESSAGE 1: WE ARE IN THIS TOGETHER

There is no stronger a message you can send than “We are in this together.”.

An engaged manager is a student of their new team’s perspective. They integrate into the team member’s world, not the other way around. Changes are made sparingly.

A candid team member is open to what is working, what is frustrating, and what can never change. They are open to change, but not empty of feedback.

MESSAGE 2: I NEED YOU

Managers must say the words, “I need you”

The goal is high engagement while adjusting to the norm you both will love.

With sales, the impact is even greater. A new teammate may be doing something that could radically improve the team’s results, but nothing happens if they don’t speak up.

MESSAGE 3: I WANT TO YOU SUCCEED WILDLY

The greatest hope for the best managers is that their team members become successful beyond their team.

As a manager, you want your team members to be rockstars and leaders in the company. If you manage sales managers it is even more important that they understand this. The ONLY way to achieve this is to let them shine.

If there was no relationship before now, don’t suddenly act like you are best buds. For the other person, it comes across patronizing and feels highly suspicious. They will think “fake, fake, fake”, and fake can’t be trusted.

I typically say, “I look forward to working with you and getting to know your style.”

MORAL OF THE STORY: Be The Boss Later, TODAY Be A Partner. 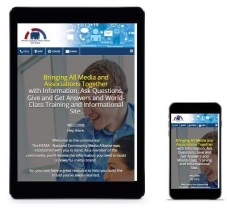