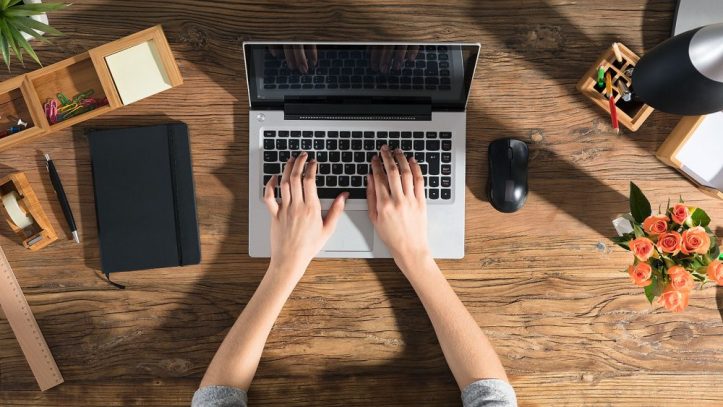 Elvira Veksler
We all know that the current coronavirus crisis is making the things we do at work more important than ever, meaning there is little room for email mistakes.

Those of us who still have our jobs want to protect them and make sure we stay safe in our positions. And those that are looking for a new job need it now more than ever before (and there are fewer of them).

The good news is that you have a lot more control than you think.

Whether you’re writing your cover letter email or following up about where you stand, there are definitely things that can hurt or help.

While you’re here, here’s a follow-up email template we like to use as well as some email closings. You can also find some overrated email phrases here.

As for the star of the show, here are some email mistakes to avoid in an email when applying for a job:

There are many phrases that we use to sound polite because we always want to walk on “the safe side.” However, this can often be a losing proposition because we may inadvertently sound like we are overcompensating for something. It also just sounds really passive.

While it’s ok to walk on the safe side sometimes, you don’t want to do it too much, because there are all kinds of personalities at every job, some of whom will take advantage.

Also, speaking in this way also does little in the way of getting your reader’s attention or differentiating yourself from the pack.

Instead of speaking in these overly polite ways, try saying something like “be advised.” This makes you sound assertive and professional, not mean. Once you try it out, you will see that being assertive is usually not interpreted in a bad way like you might be worried about.

Signing off on an email using these phrases, while intended to sound really polite and get what you want, rarely works.

“You don’t belong sincerely to anyone. Even when you know the person already, you don’t have to bring such familiarity to a formal email. Rather than use such outdated words, replace them with a formal word like “faithfully” or “regards” — yet, even this should be done with caution and according to the situation and relationship,” explains Lifehack.

This is a super common way to begin an email that most of us do. It’s also one of the most common email mistakes.

Phrases like these are usually intended to show you care about the recipient in some way and aren’t just writing to get a favor. While it makes sense to think this way, it isn’t really your job to come across as being caring, and it might end up backfiring, particularly with the wrong person.

Showing concern, being overly cautious, and “playing the victim” to get a new job almost never work. Even if it gets you past the first round, it will catch up with you sooner or later.

Also, words like hope make you sound like you are hoping something good will happen. It simply isn’t assertive enough to actually get what you want. Nor is it playing it safe.

It’s much more effective to get to the point and ask directly for what you want. After all, this is what a working relationship is.

While it’s important to grow your work relationships and build trust, these strategies may still not be effective even once you have.

Not to mention it’s pretty awkward to tell someone you hope they’re well. Why wouldn’t they be?

Often, when you say respectfully, it actually has the opposite effect than the one you intended.

“This sounds negative like you are respectfully declining a request or a decision. It adds a somber tone to your email and it doesn’t really soften the position or the content of your email,” says Lifehack.

In short, using the word respectfully just doesn’t do anything for your emails.

People often use cliches to try to deflect attention from their request because they feel bad asking for things, like they don’t deserve them, or don’t want to bring attention to themselves.

“By using a cliché in your email, you come across as unoriginal and disingenuous. Be personal with your words and use something like “please call me” or “send me an email,” which is still polite but doesn’t have a cliché attached to it,” according to Lifehack.

I wanted to or I just wanted

This is similar to the cliche in its mentality. Using words in past tense gives the “user” the illusion or feeling of not really asking for something aka buffering it.

It is unconsciously meant to make you less uncomfortable by making the other person feel sorry enough for you to do it.

These kinds of mind games are unsurprisingly ineffective at work.

“This phrase, which has suddenly become popular, sounds like a babyish approach at eliciting a response from the person you are sending your email to, writer Lifehack.

“This supposedly soft approach doesn’t make you sound direct or active. Be clear rather than being cloudy or vague with your words.”

Just say what you mean.

“Rather than say you are trying to reach out, just express the action you are asking the recipient to make. Being direct and clear could get you the reply you want,” says Lifehack.

Counterintuitive to our psychology and the way we “feel”, but true.

As per my previous email

This phrase can sound accusatory. Phrases like this are really best avoided when trying to win over a potential employer.

“It’s passive-aggressive and a very thinly-veiled attempt at passing blame for a project that has stalled.”

This just really isn’t a good way to get someone to respond to you. A better strategy is simply to repeat what you said and keep waiting for your response. We promise you’ll come off more genuine.

This phrase, like many of the others, is also often used as a buffer. It is a passive thing to say, and it does little in the way of differentiating you from other candidates.

“Tentative language has no place in email, according to Amanda B. Gulino, HR expert and founder of A Better Monday. Instead, go for something like: “Have you had a chance to review the documents I sent over last week? Please review and return them to me by Tuesday at 3 PM so we can stay on track with our project plan,” writes Fast Company.

Assertive communication makes you look both confident and competent.

I think or I believe

Using phrases like “I think,” “I feel,” or “I believe” make you sound insecure. End of story. Even if you don’t think they do. They never come from a place of confidence.

A better tactic is to get rid of every opinion phrase in your email, including on your cover letter. For example, instead of saying “I am confident in my word processing skills” say “I have great word processing skills.” It might feel more awkward and uncomfortable this way, but it’s Communication 101.

This is the way people become convinced about what you are saying!

Instead of saying good, try a more nuanced word like skilled, experienced, or expert.

Flex that vocabulary (except when you don’t know what that word means) and watch how the game changes.

The same goes for when you say you are the best. Aim for the middle path.

This job would do this or that for me

The truth about job searching is that the search is about how you can help an employer, not how they can help you. At least from their side!

So, it’s important to keep in mind that you aren’t throwing yourself a pity party hoping that someone attends it, but rather proving how you can make your potential employer’s life run more smoothly.

Show you’re the best person for the role and why your skills are the most applicable and differentiated.

As you can see from my resume

This common phrase can have the unintended consequence of making you sound sarcastic or “overly confident.”

This is an all too frequent and completely unnecessary mistake many applicants make.

Why? It makes you sound arrogant.

Instead of saying you’re the best or the top, try using words like great, strong, and terrific.

Now that you know what email mistakes to avoid, it should be much easier to write them.